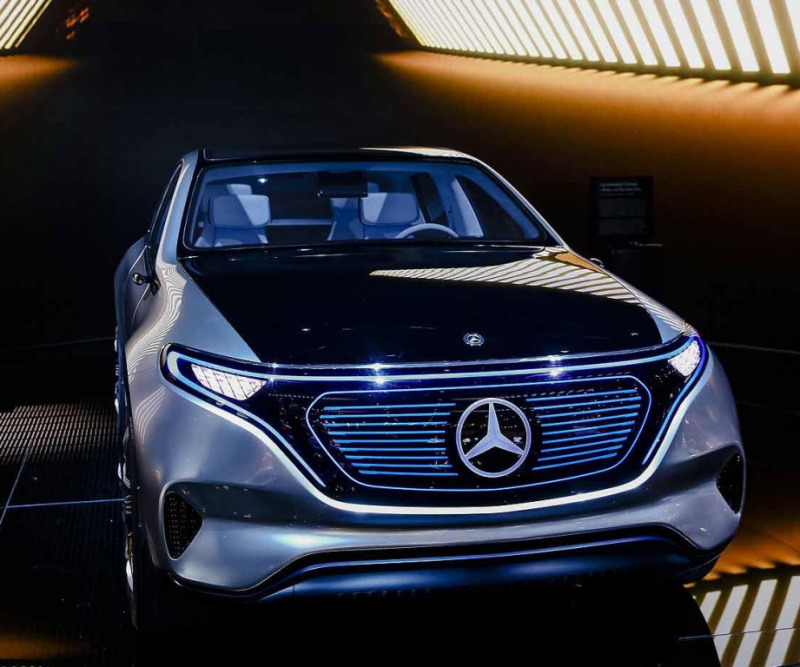 FRANKFURT -- Mercedes-Benz is developing a battery-powered sedan about the size of its $90,000 flagship S class, challenging Tesla's Model S for high-end electric-car buyers.

The new full-size sedan, dubbed EQ S, will be part of the Daimler's push to introduce 10 full-electric vehicles by 2022, CEO Dieter Zetsche said Wednesday during the presentation of the revamped Mercedes A-class hatchback in Split, Croatia.

The EQ line will be flanked by plug-in hybrid models offering a "totally different" battery range than today, while conventional vehicles will feature so-called mild hybrids with 48-volt technology in a shift away from pure combustion power. "All vehicles will be electrified," Zetsche said.

Mercedes had record deliveries and profit last year as it defended the global top spot against BMW's namesake brand and Volkswagen Group's Audi marque. But surging costs for the development of battery-powered cars and new digital offerings, plus possible trade barriers in the U.S. and China -- Mercedes's two largest markets -- threaten to weigh on profit margins.

"We have to increase flexibility in local production as the world in general has become more volatile," Zetsche said. He reiterated it was too early to comment on potential risks from trade barriers, adding that recent developments in Russia related to stricter planned U.S. sanctions coincided with more encouraging signals in China about potentially easing rules for outside investors.

"We would of course welcome additional opportunities," Zetsche said, referring to China possibly easing caps on ownership of joint ventures for foreign manufacturers. "We have a very good cooperation with BAIC in China and might come to the conclusion that there won't be any change. But of course it's better to have more instead of fewer options." Mercedes will meet China's planned electric-car quota, Zetsche said.

Daimler is open to exploring ways to cooperate with the company's new largest shareholder, Li Shufu, as long as the interests of the company's already existing Chinese joint-venture partner BAIC Motor are safeguarded. Possible cooperation projects don't necessarily have to be restricted to China, but Daimler's ties with Renault, Nissan and BMW might limit global opportunities. "We're not dogmatically closed," Zetsche said.

Mercedes sees potential for a "significant lift in volumes" as it expands its lineup of compact cars to eight from five currently, Zetsche said. Adding smaller, affordable models such as the GLA compact crossover and the CLA coupe, helped Mercedes lure younger buyers from rivals and that trend is expected to continue with the revamped A-class hatchback, he said.